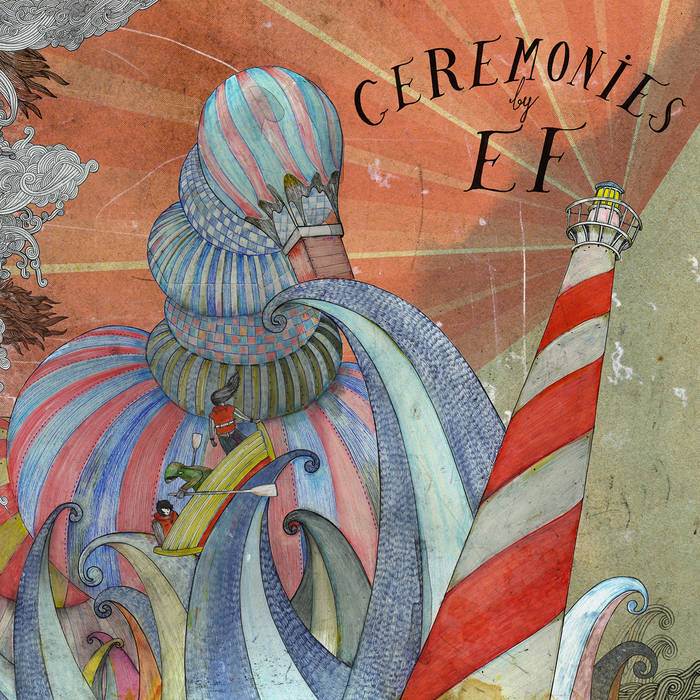 Tinker A hundred listens - or more - and it's still as good as the day I first met it. Favorite track: Yield, heart. Yield!.

TONY ZAGORAIOS Post-Rock just moved one step further with that incredible album.Im blessed that i came across with EF...its never too late finding bands like them!! Favorite track: Where G. Mallory sleeps.

Mubla Na Thguob EF (and especially this album) bring something new to the Post Rock World. If I could only listen to one Post Rock album this would be the one. Favorite track: Yield, heart. Yield!.
more...

tell me about the trees where you live

2013 marks the 10 year celebration of EF’s existence and what better way is there than to celebrate this with the release of their 4th studio album! We’re happy and proud to announce that "Ceremonies“ will be released in September.

In autumn of 2012 the band released a glimpse of their ever evolving sound on the 10“ vinyl EP "Delusions of grandeur“, to rave reviews in both the alternative press and the metal media – the sound of that EP hinted at a new beginning; a potential infatuation with pop-ish song efforts? This is one of EF’s greatest strenghts. They appeal to both bearded indie rockers, horn throwing metal heads and intensely staring post-rockers at the same time. They can be heavy and fragile simultaneously, and they are not affraid to push their own boundaries.

Recorded and produced by EF at Helikopter Studios and Oodion Studios, Göteborg 2013. Mixed and mastered by Magnus Lindberg at Riddarborgen, Stockholm 2013.

EF was formed in 2003 and made a strong debut in the post rock scene with their debut album "Give me beauty... Or give me death!".

10+ years, 300+ shows, 4+ albums the band is still ripping their hearts out and creating music.

Bandcamp Daily  your guide to the world of Bandcamp